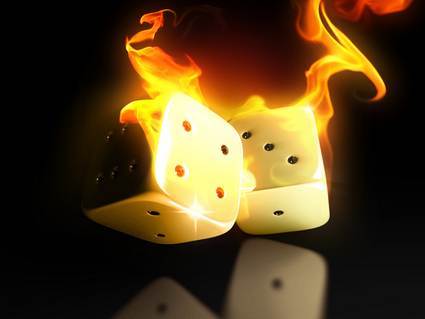 The random number generator (RNG) is one of the very important software whose working you need to understand particularly if you are into online gambling. This is regardless of whether you play in land-based or online casinos. The main function of RNG software is to ensure that there is no predictability and biasness in the course of play. Simply put, the software ensures that you stand an equal chance with other players to win in addition to ensuring that you cannot predict any gaming outcome so as to have advantage over other players.

Perhaps the best way to understand how the software works is to first look at how you are likely to play in a brick and mortar casino. Taking roulette game as our first example, the uncertainty on the outcome of every roulette game is made possible by spinning of the wheel. You cannot therefore easily tell in which slot the ball will land at. For card games, the shuffling of cards makes it impossible for you to predict any outcome. Playing craps obviously requires that you bounce the dice, which automatically makes outcome uncertain.

Having looked at how uncertainty on outcome of games is achieved in brick and mortar casinos, you may be wondering how the same is achieved in online casinos. This is where the RNG software comes in. This is the software that brings about the outcome uncertainty when you play any online casino game. Correctly put, the software is a complex mathematical computer application that generates a number in a random manner. Taking European roulette for example, the software will randomly generate a number between 1 and 37. While the numbers between 1 and 36 correspond to those on roulette wheel, the number 37 corresponds to 0 on the roulette wheel. Should the software generate number 17 for example, the software used in an online casino will automatically depict the ball to land at number 17, with bets placed either paid out or forfeited.

The same thing applies in case of card games. In a single deck game, the RNG software will generate a number between 1 and 52, numbers that correspond to those on the deck. In case of craps, the software generates two random numbers between 1 and 6 at the same time.

The RNG software is designed and developed in such a way that you cannot predict the numbers it will generate. This not only makes it impossible to predict any outcome but also works to ensure that you have the same chance with other players to win. In this regard, a number that the software generates will normally not be regenerated. Should this occur then you will be able to identify the software’s pattern of generating numbers, which will obviously give you an edge over other players.

To ensure that the numbers that RNG software remains unpredictable at all times, the software is periodically subjected to tests by independent organizations such as Ecogra. The testing involves generation of thousands of numbers that are also subjected to statistical analysis to ascertain any number generation patterns, which are thereafter addressed. Understanding how the RNG software works should not only encourage you to play online casino games but also assure you that game outcomes cannot be manipulated.