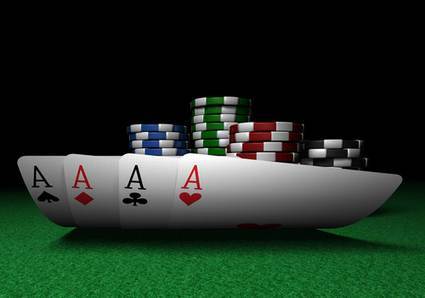 It seems Arkansas will not have online games for a while. This is because lawmakers from the Republican Party in Arkansas have temporarily derailed the efforts of the state lottery to introduce the online games. The legislatures had a special session where they approved an amended bill that had been introduced by a Republican senator. The bill called  for the suspension of the lottery’s attempt to introduce online games until the issue is thoroughly understood and the legislature discusses it. Before the bill was amended, the original one had called for total ban of online games. The committee discussions and the revenue the online games would bring to the state however resulted to the amendment.

There is a possibility that California may not join the likes of Delaware, Nevada and New Jersey this year in legalizing online poker. This is after the state legislative deadline of 31 August approaching with the bills still at the committee stage. If the bills will not have been passed by then, they will end up being scrapped and the legislators will have to reintroduce them from scratch in the next session.

The bills include the ones Senator Lou Correa and Assemblyman Reginald Jones have authored. A bill from tribal interests has not been introduced and it is awaiting the introduction.

The differences arising in California are between card rooms and the Morongo tribe joining hands to come against Pokerstars, the giant online poker operator. Pokerstars is ready to use its newly acquired ownership by Amaya to get into the Californian market. However, the competition wants to keep the market for themselves. They are doing this by opposing the “bad actor” UIGEA clauses, which would exclude Pokerstars.

The alliance of the card rooms and the Morongo tribe does not want politicians to decide on who should have the license, but the role should be left to knowledgeable and experienced regulators.

Nevada is on its way to introduce an interactive gaming system capable of housing online websites of poker for numerous casinos. The system, which has received the approval of the Nevada Gaming Control Board, has the potential of increasing the number of online poker players in Nevada. The final approval is expected towards end of July from the Nevada Gaming Commission.

The reports from Las Vegas Review Journal state that 888 Holdings will provide the technology deployed. It also could set the standards for the sharing of the gaming network between Nevada and Delaware. The two states had been holding talks on the issue.

The close association of 888 Casino and Caesars Interactive’s website WSOP.com and Treasure Island will make the introduction of inter operator network easy. This will result to the increase in the number of players who can be in a one online poker room at a particular time and result to sharing of revenues.

Other casinos with online poker rooms can also join the network. This will lead to more online poker tables and it will attract more players. Casinos will get another source of income and marketing while delivering a wider choice of games to their players.