Online gambling in Hungary, Spain and Brazil in 2014 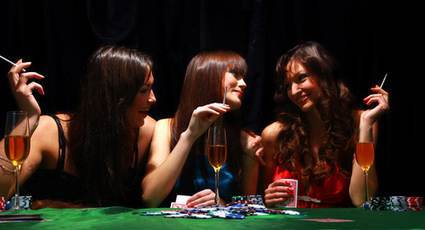 The online casino industry is growing at different rates in different countries. Some countries already have an established regulatory system and they are benefiting from the revenues derived from the industry. Other countries are struggling will bills to regulate online gambling while others are contemplating with whether to legalize or not. Those countries with regulations are having the challenge of ensuring that the online punters use only the licensed operators. Hungary, Spain and Brazil are dealing with online gambling at different levels.

The country is facing the challenge of unlicensed gambling websites. According to Budapest Times, the Tax Office in Hungary ordered for temporary blocking of the 3 domains that have been used by gambling sites that have not been licensed. One of the illegal sites blocked from mid July is Bet-at-home. The National Media & Infocommunications Authority manages the blocking.

So far, Brazil is yet to legalize its online gaming but if all goes according to Senator Ciro Nogueira of Brazil, online poker can be legalized soon. The country is a booming gambling market and legalization of online gaming would open up another opportunity for the industry. The Brazilian market has a potential of generating $ 6.8 billion per year in taxable revenues.

The drafted bill is for regulating and taxing online poker, bingo, online sports betting and casino. The bill proposes to tax the operators a GGR tax rate of 10 % on taxable revenue. The tax split will be such that the federal government would take 7 % and 3 % would go to the province where the online operator has a license to operate.

If the bill passes, it would help alleviate the difficulties in Brazil since the national government has taken over the privileges of online licensing and powers of enforcement from provinces.

Currently only live poker tournaments, horse racing and lotteries are legalized in Brazil.

Spanish online gaming market has gotten into maturity and may have peaked. Codere Foundation has given this information on their published study of ‘Social Perception on Gambling in Spain in 2014’. The study found out that 43 % of the online punters in the country play on illegal sites that provide better promotions and odds. Of those who use illegal sites, 12.8 % never use the regulated sites.

The survey showed a significant lack of respect and acceptance of online gambling that has been regulated nationally. This is because most of the people surveyed said that a site being regulated or not was not an important factor they considered when making their Internet playing decisions. 24.7 % said they did not know if the site they were using was Spanish or not. 43.8 % were not sure whether the operators they were using was Spanish, but they thought they might be.

Online gaming regulations in Spain have a national market that is ring fenced preventing the players to access legally international player pools and sites. However, the measures taken have not prevented the online players from accessing other sites that do not have the .es domains.