The winner takes it all: Latest wins on World Series of Poker 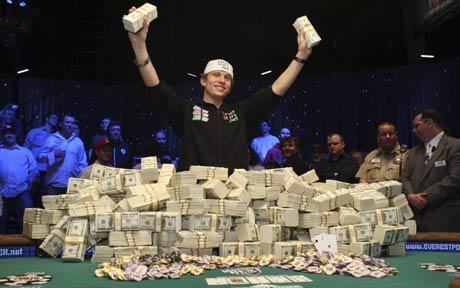 The World Series of poker is ongoing and there are considerable wins. Winners are pocketing prize money and bracelets and most of them are doing it for the first time after trying for a long time. Some of the players are poker experts enabling them to beat odds to win.

Below are some of the latest winners.

Kevin Eyster is mostly known for his skills in online poker, which has enabled him to win over 3 million dollars. He has managed to transfer his online poker skills to the WSOP where he won the prize of 622,998 dollars and his first WSOP bracelet. This was on event NHLE Six Handed that took place four days. The event had 540 players with a prize pool of 2,542,700 dollars. Eyster has bought in for 5,000 dollars.

The table for the event formed on the third day and included Andrew Lichtenberger, Pierre Neuville, Jeremy Kotter, Brynn Kennedy, and David Borat. In the heads up, Eyster was with Pierre Neuville, whom he later defeated by diminishing his chip stack despite starting at a disadvantage.

Alex Bilokur needed his expertise in poker to win the Pot-Limit Hold'em Championship since he started the heads up with a chip disadvantage of 8 to 1. The 28th event of World Series of Poker had 160 players with a prize pool of 1,504,000 dollars.

The Russian Poker ace went in heads up with Matt Donnell, who had 4.3 million chips in comparison to his 500,000 chips. This meant that he had to use his expertise to win the bracelet. Other players who took part in the event were Erik Seidel, Scott Seiver, Barny Boatman, Dan Shak, Todd Brunson, Pratyush Buddiga, and Chino Rheem, some of whom did not reach the final table.

Tommy Hang is a Washington state poker pro who finally fulfilled his dream of winning in WSOP. This is after taking part in previous championships without winning. He won his World Series of Poker bracelet and prize money valued at 230, 744 dollars in the 27th event, 10,000 dollars buy-in H.O.R.S.E. championship competition.

The heads up took place with Hang having a 2 to 1 chip leadership against Jim Callopy. Hang improved his lead to 6 to 1 very fast and ended up winning the championship. Callopy received a runner up cash of 142,533 dollars. Kristan Lord took the third prize of 96,894 dollars.