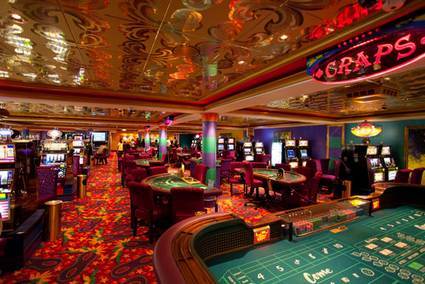 With the growth of the casino industry and its acceptance by the voters, changes in management are inevitable. There is need for leaders who are capable of taking the casinos to the next level. Lately, casinos have undergone changes with some states having legal framework set in place to regulate the casinos. It is with this notion that casinos should also embrace change with new leadership. Below are some appointments that have taken place.

The board of directors of bwin.party has made an appointment to Daniel Silvers to become a non-executive director. The effect is to take place immediately. Silvers owns 6.1 % issued share capital of bwin.party as from early this year. He is also the president of SpringOwl Asset Management Limited Liability Company.

Gavin Isaacs has succeeded David Kennedy as the new president and Chief Executive officer of Scientific Games Corporation. According to Ronald Perelman, the Chairman of the Board of directors of Scientific Games Corporation, Gavin is a seasoned and very talented gaming industry executive who has the required skills to lead the company to the next level in terms of growth and performance.

The Chairman of the board also said that Galvin has remarkable record of accomplishments. He is also recognized due to his vibrant leadership. The company believes that his attention on good customer relationships, ability to think strategically and his expertise in making innovation based businesses grow, makes him the best choice to lead the company’s efforts in achieving larger profitability and an increased cash flow.

Recently, Galvin was the chief executive officer of SHFL Entertainment, when Bally Technologies bought the company. Before that, he was the executive vice president and chief operating officer of Bally Technologies. Other previous posts include holding various senior positions at Aristocrat Leisure Limited such as being the head of global marketing and business development, being the managing director of Aristocrat's London-based European subsidiary and also being the president of Aristocrat's Las Vegas-based subsidiary Aristocrat Technologies Inc.

All these positions have given him the required knowledge and skills to enable him run Scientific Games Corporation to success. He is also the former president of International Association of Gaming Advisors to which he is now a Trustee.

The outgoing President and the chief executive officer David Kennedy was very supportive in leading the company and working with the Board for the facilitation of the succession for the last six months. The Chairman of the Board thanked him for his support and said that the company was fortunate to have such kind of a leader at such a time. David will continue serving the company and the stockholders and the Executive Vice Chairman.

These and other gaming companies have observed that to succeed in the industry they have to make changes. They have to evolve to meet the currents needs of the market. The industry has seen the establishment of online casinos and some states moving forward to regulate them. The polls have also shown that casinos have received acceptance in the population as a job creation and development Avenue instead of the earlier stereotypical view.