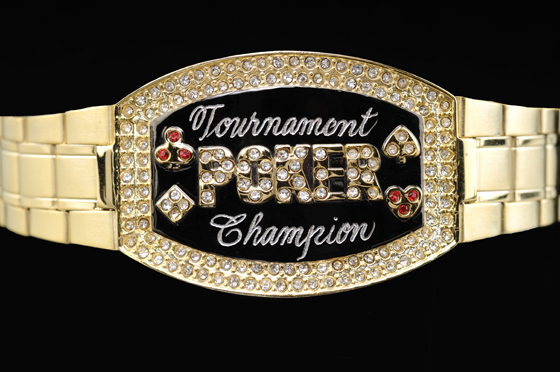 World Series of poker is ongoing in Las Vegas and successful players are winning millions of dollars. United States players have won a number of WSOP bracelets and large amounts of money, taking the first position so far. Below are some of the winners who have scooped bracelets.

The Minnesota poker player who is aged 40 won his first bracelet from the world series of poker and half a million dollars. This is after he won in the 10,000 dollars buy – in HORSE championship. Chris Wallace, who is nicknamed Fox due to his witty style of playing poker won in the highly contested championship. Big names recognized internationally participated and they included Betran Grospellier, Daniel Negreanu, Nick Schulman, Justin Bonomo, and David Benyamine. They all did not make it to the final table.

Wallace competed against Richard Sklar, Randy Ohel, Richard Ashby, Lee Goldman, Calvin Anderson, Max Pescatori, and Bill Chen, who are the poker players that made it to the final table.

The championship ended with Wallace facing Randy Ohel with Randy having an advantage at the beginning. Later on, Wallace gained ground and took the lead in which he won the first prize worth 507, 614 dollars and the bracelet. Randy took the second place with 313,715 dollars, with the other player taking their prize money accordingly.

Doug Polk a renowned virtual table’s poker player at Full Tilt Poker where he is known for his aggressiveness scored his first World Series of Poker bracelet. This is a proof that he is as good on live tournament tables as he is on virtual tables, even if it is in major competitions. Polk took part in 1,000 dollars buy – in NLHE competition, the 23rd event in the WSOP schedule, which had 1,473 entrants.

The final table ended up with Polk as the chip leader and Jonathan Hanner, Phounsavath Philachack, Chad Cox, Andrew Mackenzie, Liam Alcock, Gianluca Cedolia, Anthony Gregg and Dash Dudley . The heads up was between Polk and Philachack and eventually Polk won the prize of 251,969 dollars and the WSOP bracelet.

This is his first bracelet in WSOP though it is not his first win in his career. He had won 860,000 dollars in the Aussie Millions earlier in the year and he has also been winning on online poker. In addition to the win, he called the bet of 5,000 dollars he had placed with his friend Jason, on his winning of the bracelet.

World Series of poker comprises poker tournaments that take place every year in Las Vegas as from 2005. From 2014, WSOP has 65 events with featuring of most major poker variants. The winner in each event is awarded with a World Series of Poker bracelet and money prize. The prize is based on the number of entrants and the amount of buy-in. The Main Event is the climax of the tournament with the award of a bracelet and a multimillion-dollar prize. The winner also becomes the World Champion of Poker.