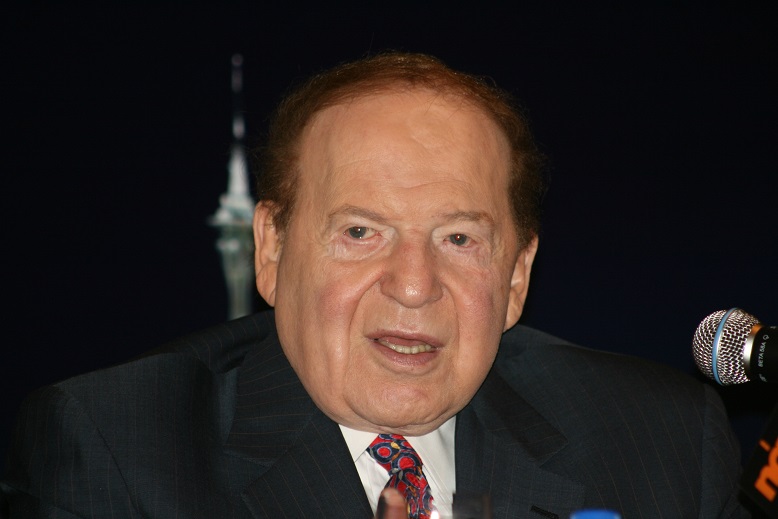 Online gambling has been receiving opposition from Sheldon Adelson, who is a big investor in land casino gambling. His sentiments can be understood observing that online casinos are a big threat to land casinos. If someone can get the thrill of being in a casino in his or her own comfort, what is the need of traveling all the way to a casino?

Adelson has been criticizing the casinos directly and indirectly by supporting bills meant to make online casinos illegal. He uses many tactics to ensure that the bills get support and they pass. One of it is his contribution in Pennsylvania where his Las Vegas Sands casino is located in Bethlehem. According to reports from the media, the land casino owner made a contribution of one million dollars to Republic Governors Association, which looked dodgy.

This took place one month after legislators in Pennsylvania considered legalization of interstate online gambling. The donated money was then transferred to the Political Action Committee, which then donated to the Republican Governor Tom Corbett. The money was to fund his reelection campaign in Pennsylvania.

The way the money ended up on the reelection campaign of the governor raised brows, and interested parties started querying the donation. The RGA said that Adelson did not influence the distribution of the donation.

The donation was such a big issue because according to Pennsylvania laws, owners of land casinos and top managers are not supposed to donate money to political candidates in the state, state employees who are at executive level and political groups such as RGA.

The issues did not end in Pennsylvania since in Virginia, Adelson may have received a political blow with the defeat of Eric Cantor, his favorite candidate. With Cantor being not in the picture, the odds for the national legalization of the online games could change.

In South Carolina, there could be good news for Adelson, since one of his allies in the ban of online gambling, Senator Lindsey Graham won the party’s nomination. He is the one who introduced the Adelson inspired bill, which sort to ban internet gambling in the US by strengthening and resurrecting the old Wire Act.

One of issues that the land casino mogul uses to defend his opposition for online gambling is that the underage are not excluded. An under aged person can easily go online and take part in betting. This should not be the case in land casinos, which ensure that underage people do not get in.

The events of this week may have embarrassed Adelson when his Bethlehem land casino was fined for the fifth time for admitting underage gamblers. The fine of 85,000 dollars was invoked in May for the six incidents where persons who are underage drank and gambled in the casino. While defending the casino, its attorney said that humans are subject to errors, meaning that the measures used to keep out the underage could have failed. According to reports, the casino has paid fines totaling to 385,000 dollars for a period of five years for offences that are similar.