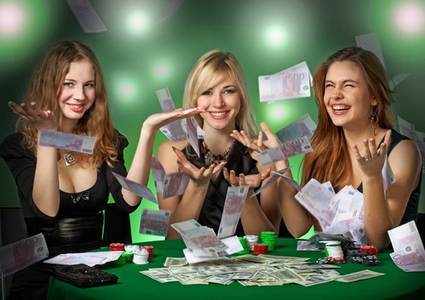 The sale of pokerstars to Amaya Gaming a Canadian gaming group has been confirmed. Pokerstars is the largest provider of online poker and the Rational Group owns it. The confirmation of the deal was done on Thursday 12 June and was necessitated by the halting of trading of Amaya based on sale romours, which has been going on since May.

The chief executive of Rational Group, Mark Scheinberg is the one who signed the deal making him a billionaire. He owns 75 % of the Group that is claimed to be debt free. After the transaction is completed, he will leave the Group according to the information provided on a press release issued by Amaya and Rational.

Pokerstars, which started offering online gambling as from 2001, has registered users exceeding 85 million all over the world. This makes it the largest online poker provider in the world. In a statement announcing the sale deal, Rational Group was reported to have generated revenue of 1.1 billion dollars and earnings of 420 million dollars in 2013. The acquisition is valued at 4.9 billion US dollars.

PokerStars was among the online gambling companies allowing business from the United States consumers  after UIGEA as from 2006. This is when country’s betting laws were being tested in courts. Being in this position has increased its vulnerability to "bad actor" clauses in the legalizing legislation. As a result, it has been excluded from a number of American attempts in legalizing online poker. This is a tactic usually used by parties worried about its competitiveness. A recent example is the intrastate legislation in California in which some tribal groups are pushing for the "bad actor" language to be on the bills.

In New Jersey, its application for an online poker license was suspended for two years. All this was done without putting into consideration its credentials and the following it has among its potential online poker players in the event that it is licensed.

Oldford Group is the company that owns Rational Group and its shareholders will sell their shares to a subsidiary of Amaya. All the principles of the Oldford Group together with Mark Scheinberg will resign upon the completion of the transaction. However, the trusted and highly effective Rational Group executive team and the employees will be retained.

According to the chief executive of Amaya, David Baazov, the acquisition is a transformative occurrence for the Amaya Group. It has already bought other online gambling companies such as Chartwell Tech, Ongame, and Cryptologic. The acquisition will strengthen the Groups main B2B operations since Pokerstar has a great online customer base that creates a platform for growth all over the world.

The chief executive promised that the Amaya Group would continue with the tradition of excellence by working with the executive team of Rational Group. It will also speed up the growth into new markets and also vertically. Amaya also believes that the transaction will hasten Pokerstars entry into markets that are regulated, where Amaya already has a stronghold, especially in the USA.

The transaction will not affect the provision of online poker services. Players will continue to enjoy their games with no interruptions.